What if the latest health trend started popping up in every church in the city? That’s how some Indigenous people are feeling as their traditional sweat lodge ritual is making its way into the health and wellness craze of the Western world.

Lines have been blurred: traditional Indigenous spirituality practices are becoming a wellness guru’s next stop after a cross-fit session and before a massage. Indian yoga, Buddhist meditation, and the latest Chinese cupping therapy are just a few of the other ancient traditional practices that are the stars of every blog and magazine lately. Where is the line between trend and tradition?

A look into history shows that Canada’s history of colonialism has sought to strip Indigenous people of their traditional cultural practices. While many Indigenous people are slowly trying to regain their traditions and culture, businesses are now appropriating it. For example, American chain Shape House refers to their centres as an urban sweat lodge based on traditional lodges but markets itself for cosmetic results, such as weight loss, better skin and better wellness overall. Patrons are invited to come lay and meditate for an hour to ‘sweat and cleanse.” Furthermore, powerhouse influencers like the Kardashians and Instagram’s most-followed celebrities, such as Selena Gomez, haven’t stopped raving about it in interviews.

Six people in Arizona were killed in 2009 due to sweat lodge malpractice as part of a wellness retreat. We’ve seen cultural appropriation in fashion with dreamcatchers and feather earrings but wellness retreats and centres boasting sweat lodges are the latest culprit. With mental health issues and illnesses getting more attention in the media and the world in crisis mode in the wake of the recent American election, it’s no surprise that people are searching for answers in more traditional methods, even if they live in a big city.

Maria Montejo is the manager at Dodem Kanonhsa’ in Toronto’s north end, a facility dedicated to bringing cultural awareness to tradition teachings to the public, and she says she has noticed a spike in sweat lodge interest. “People are so interested for the wrong reasons and we don’t like that,” she says, “We have our own people to talk about wellness and it’s not okay for other people to encroach on that.”

Pat Green is a Haudenosaunee, Mohawk, Six Nations Elder listen and also isn’t very happy with the trends. “With the onslaught of residential schools and churches, we’ve all gone off our own Indigenous track, onto something very unhealthy. So having these trends could get in the way of our recovery.”

He stresses that the sweat-lodge ceremony is not a magical place to have all of your problems disappear as some may think, but instead is for participants to take the time to make the connection with themselves on a spiritual and emotional level. He explains that Indigenous spiritually is based on all four facets of our beings remaining balanced; physical, spiritual, emotional and mental. The sweat lodge only serves two of these and it is only when all four are working well together that there can be a cleanse. Many of the hot-spot wellness centres only focus on the physical or cosmetic aspect of the cleanse.

Pat Green, a Mohawk Elder living on Six Nations, shares his thoughts on the cultural appropriation of Indigenous spiritual practices, such as the sweat lodge ceremony.

Karina Vernon is a professor at the University of Toronto who studies issues in multiculturalism, colonization and cultural representation. “To be blunt about it, there is a lot of racism in Canada, a lot of cultural insensitivity. Canadians are also very self-congratulatory; they do not realize the racism. People do not recognize appropriation when they see it or do it.”

Many who participate in cultural appropriation, especially when it comes to beauty or fashion trends say they are simply appreciating a culture’s beauty, but Vernon makes it clear that there is a distinct difference between appreciation and appropriation. “People thinking that they have the power to just take from other cultures is fundamentally being disrespectful, showing both a lack of appreciation and respect. Appropriating is not appreciating,” Vernon says.

“There is a way of appreciating a culture that respects that it’s off limits. I understand the appeal of Indigenous spirituality but you can’t just go and participate. You have to be involved with the community and have relationships with the people.”

Vanessa Udy is a lawyer and was a member of the Intellectual Property Issues in Cultural Heritage (IPinCH) project: a seven-year international research initiative (2008-2016) based in British Columbia’s Simon Fraser University to explore the rights, values, and responsibilities of material culture and cultural knowledge appropriation, and how things can improve going forward.

“As Canadians, we tend to think of most physical things and ideas as something that is for the purpose of making money on the market,” Udy says. “We are very much entrenched in capitalism and it shapes the way we think. In intellectual property laws, cultural property and folklore are very much seen as part of the public domain and because of that, it makes it easy to use a sacred design or to use an Indigenous person’s tradition to sell products that may be inappropriate.”

How is the lodge #trending? Take a look below to see its current impact on Hollywood.

Given the charged political and social climates worldwide, it comes as no surprise that people are flocking towards wellness and spirituality for some sense of relief, Udy says. “There’s a market for people who are searching to find themselves and for wellness and in this time of spiritual crisis. It almost seems valid that people are seeking that spiritual awakening, regardless of anything else.”

Although certain cultural practices may be sacred to some, they continue to be commercialized. Vernon feels that you cannot even compare the tradition and the trend because they are not the same thing.

Yoga is the perfect example; initially an ancient Indian practice, it has become a staple for fitness and wellness in the Western world. Vernon says, “Western yoga is not the authentic yoga, it’s almost just the name at this point.”

Elder Green also understands that things can be sacred to some and not others. “The cross means nothing to me,” he says but understands its value and importance for Christians. He can see how this could be the case with the lodge.

Scroll over the icons on the image below to learn more about the traditional sweat lodge ceremony. 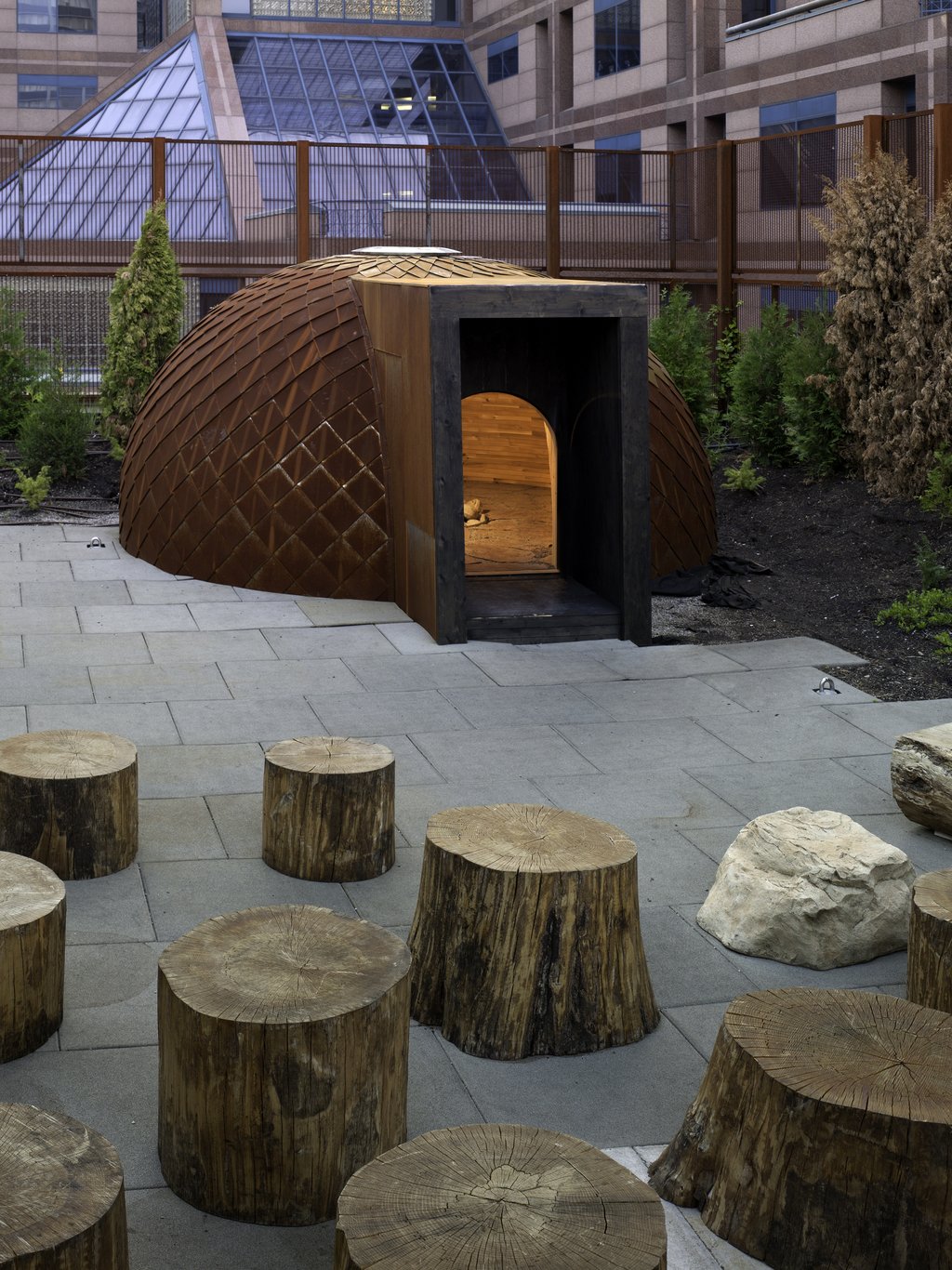